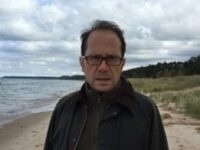 2022 Skotheim Lecture: “Weeds and the Carolingians: a History of Bad Plants and Early Medieval Empires.”

Dr. Paolo Squatriti, professor of History at the University of Michigan, will deliver the 2022 Skotheim Lecture, titled “Weeds and the Carolingians: a History of Bad Plants and Early Medieval Empires.”

During the eighth and ninth centuries AD, Frankish Carolingian authority extended over most of Europe. This integration under one government of diverse people, economies, and landscapes was also an ecological fact. In this lecture we explore some of the unexpected consequences for Europe’s first medieval empire of mixing together different botanical zones in Europe. Though Charlemagne and his heirs seem to have run an efficient state across most of western Eurasia, they were not the only historical agents there. Several plants that the Carolingians deemed bad were also on the prowl, extending their range, enlarging their populations, and undermining the best laid plans of early medieval humans. The history of Carolingian imperial rule was shaped also by unruly plants.