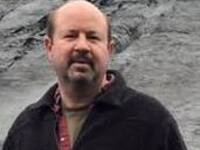 Michael Mann, “The New Climate War: The Fight to Take Back Our Planet”

This event requires registration through Zoom:
https://whitman.zoom.us/webinar/register/WN_HeON_MzYQc-fPFpcg5Z4hA
Michael Mann is Distinguished Professor of Atmospheric Sciences at Penn State University. His Nature paper in 1998 reported the use of proxy temperature measurements to map out global average temperatures from 1400 to the present. The famous figure from this paper, the so-called hockey stick graph, shows the slowly decreasing average temperature of Earth until the end of the 1800s where the temperature makes a sudden and consistent rise to higher temperatures that has continued to this day. Dr. Mann's body of work has earned him many awards in several fields including geosciences, conservation organizations, science communication, and science education. He has been a vocal advocate for addressing climate change at the federal level.