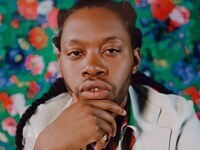 Throughout the new wave of the Black Lives Matter Movement, issues of race and discrimination have moved to the forefront of mainstream media. In 2021, we can no longer deny that inequity, hate, gaslighting, racial profiling, and injustices are imbedded into our systems of art, culture and history. This begs the question, how can we integrate new voices and histories that have been overlooked or silenced? Additionally, how can rising artists, activists, and performers use their gifts and experience to surpass these challenges? Offering his own story and experience, join the well renowned playwright & artist, Jeremy O. Harris for a special lecture and Q&A session about his journey throughout the American theatre.

Register for the event: https://whitman.zoom.us/webinar/register/WN_OZjMx1hkSYWEHr3QvVmhGw

Jeremy O. Harris is the playwright and creator of the hit Broadway play Slave Play (Golden Theatre - Broadway, New York Theatre Workshop, NYT Critics Pick, Winner of the 2018 Kennedy Center Rosa Parks Playwriting Award, the Lorraine Hansberry Playwriting Award, and The Lotos Foundation Prize in the Arts and Sciences). Jeremy co-wrote A24’s upcoming film Zola with director Janicza Bravo, which premiered at Sundance in 2020. He is currently adapting the sci-fi epic The New World by Ales Kot for Warner Bros. Pictures. In television, Harris is in an overall deal with HBO and is a co-producer on their hit series Euphoria. He was named “The Queer Black Savior the Theatre World Needs” by Out Magazine, is the HRC's 2020 honoree, was included on both THR's 50 Most Powerful LGBTQ Players in Hollywood and Time Magazine's 2019 100 Next lists, is the 11th recipient of the Vineyard Theatre’s Paula Vogel Playwrighting Award, a 2016 MacDowell Colony Fellow, an Orchard Project Greenhouse artist, a resident playwright with Colt Coeur, and is under commission from Lincoln Center Theater and Playwrights Horizons. Jeremy is a graduate of the Yale MFA Playwrighting Program and currently resides in NYC.

Sponsored by WEB and Intercultural Center and in collaboration with the Power & Privilege symposium.