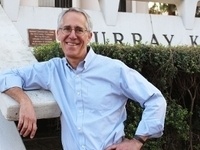 Skotheim Lecture: China and the World in Two Years of Global Crisis: Tales of 1900 and 2020

Jeffery Wasserstrom, from the University of California at Irvine, will deliver the Sivert O. and Marjorie Allen Skotheim Lecture in History.

"China and the World in Two Years of Global Crisis: Tales of 1900 and 2020"
"'What is the news from China?' is the question everybody is asking." This phrase could have appeared in an instant history of the current pandemic published in 2020. But it was actually written a century and two decades before that. It is the opening line in an instant history of a crisis now known in English as the "Boxer Rebellion," during which China became the focus of global media attention in a way that it had never been before. That book, World-Crisis in China, 1900, was the first in what is now a very long line of volumes in English that discussed a fifty-five day siege of Beijing laid by Qing Dynasty troops and members of an anti-Christian sect fond of martial arts (whose member missionaries called the "Boxers") that imperiled the lives of diplomats from around the world. That 1900 siege and related events--from Boxer murders of Christians before it began to the often brutal military occupation of North China by an international Allied Army that took place after it ended--have cast long and complicated shadows in realms ranging from diplomatic affairs to popular culture. This talk will explore the many ways that ideas about the violent actions of the Boxers and those they fought with and fought against, as well as the stories told and movies made about those actions, have changed over time. It will also look at what can be gained by placing 1900 and 2020 side-by-side. As different as the crises not just in China but in other places were during those two points in time, and as different as the Chinese Communist Party's place in the international order is now from that of the Qing Dynasty was, the speaker will argue that there is much to be gained by moving back and forth between the era of the Boxers and the era of COVID-19.