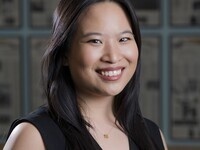 Corinne Chin is a senior video journalist at The Seattle Times, where she films and edits character-driven visual narratives and interactive experiences for desktop, mobile and social platforms. Her 2018 video editing portfolio won second place in the NPPA’s Best of Photojournalism awards, and her 2016 body of work with photojournalist Erika J. Schultz earned second place in the individual portfolio category.

Corinne is also the President of the Seattle chapter of the Asian American Journalists Association, as well as the leader of the Diversity & Inclusion Task Force at The Seattle Times. She is a graduate of the Poynter Leadership Academy for Women in Digital Media, the Poynter-NABJ Leadership Academy for Diversity in Digital Media and the ASNE Emerging Leaders Institute. She is a 2019 International Women's Media Foundation Reporting Fellow and a Pulitzer Center on Crisis Reporting grant recipient. Corinne has lent her skills as a coach for the Story Arc cinematic journalism workshop, as a judge for several journalism competitions and as a guest speaker on video journalism, diversity and inclusion at colleges and conferences.

Before joining The Seattle Times in 2014, Corinne was a freelance video journalist reporting in Washington, DC; Nairobi, Kenya; São Paulo, Brazil; and more. A Chicago native, Corinne also taught photography and film to teens on the city’s West and South Sides. Corinne earned a bachelor’s degree in magazine writing and a master’s in video journalism from Northwestern University’s Medill School, winning a midwest Emmy for her master’s capstone, a documentary on an ex-gang member fighting violence in North Lawndale. Her work has also been recognized by the Radio Television Digital News Association, the Online News Association, the Society for News Design, the Society of Professional Journalists and more.