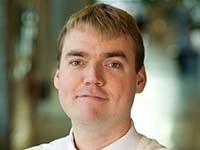 In 1920, seven immigrant-run hospitals formed a fundamental part of the health network of Buenos Aires. The Italian, Spanish, British, German, French, Galician, and Jewish hospitals treated 20 percent of all hospitalized patients in the city. Through the revenue from paying patients and the large charitable donations solicited by female philanthropists, the wealthy immigrant men and women who ran these hospitals strove to provide free services to working-class immigrants of a common cultural background.

While self-proclaimed leaders narrowly focused on providing social welfare services along ethnic lines and on maintaining their gender and class power within a community, this practice had an impact on how other social actors such as the state and the Catholic Church involved themselves with social welfare.

Benjamin Bryce, Department of History, University of Northern British Columbia will speak to this facinating time in history.

Professor Bryce teaches and researches about global and Latin American history. His work has appeared in the Journal of Social History, Estudios Migratorios Latinoamericanos, the Canadian Historical Review, and the Journal of the Canadian Historical Association. He is the co-editor of Entangling Migration History: Borderlands and Transnationalism in the United States and Canada (University Press of Florida, 2015). He is also the author of Citizenship and Belonging: Germans, Argentines, and the Meaning of Ethnicity in Buenos Aires, 1880-1930, currently under review with Stanford University Press.