The United Nations Genocide Convention was first created in 1948 and established an official international legal definition of genocide. One component of the convention defined causing serious bodily and mental harm as an act of genocide. However, this part of the convention is rarely employed in contemporary discussions about genocide and mass violence. This presentation demonstrates that the exclusion of mental harm from discussions of genocide was a byproduct of the effort to marginalize experiences of colonial violence by arguing that the psychological effects of deliberate, systemic violence were insignificant. In the 70 years since the creation of the convention, mental harm has never become a part of dominant discussions about genocide. At the same time, emerging discoveries in neuroscience and cognitive psychology have demonstrated the extensive impact of both physical and symbolic acts of violence on the body, the sense of self and communal thriving. Reading the category of mental harm in light of neuroscientific discoveries, such as the plasticity of the brain, offers a new picture of the scale, longevity, regularity and intensity of genocide, one that sadly illustrates that genocide, as defined by international law, is an endemic feature of global politics. 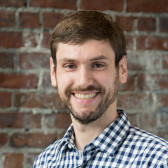 Benjamin Meiches graduated from Whitman College in 2007, received his doctorate at Johns Hopkins University, and is currently an associate professor of security studies and conflict resolution at the University of Washington-Tacoma. He is the author of "The Politics of Annihilation: A Genealogy of Genocide" (University of Minnesota Press, 2019). His research has appeared in Genocide Studies and Prevention, International Political Sociology, Security Dialogue, Review of International Studies, Critical Studies on Security, Millennium: Journal of International Studies, and elsewhere.