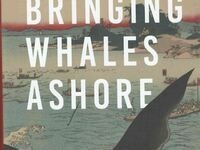 Today, Japan defends its controversial whaling expeditions by invoking tradition-but what was the historical reality? In examining the techniques and impacts of whaling during the Tokugawa period (1603-1868), Jakobina Arch shows that the organized, shore-based whaling that first developed during these years bore little resemblance to modern Japanese whaling. Drawing on a wide range of sources, from whaling ledgers to recipe books and gravestones for fetal whales, she traces how the images of whales and byproducts of commercial whaling were woven into the lives of people throughout Japan. Economically, Pacific Ocean resources were central in supporting the expanding Tokugawa state.

In this vivid and nuanced study of how the Japanese people brought whales ashore during the Tokugawa period, Arch makes important contributions to both environmental and Japanese history by connecting Japanese whaling to marine environmental history in the Pacific, including the devastating impact of American whaling in the nineteenth century.