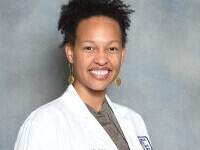 MICHELLE MORSE, MD, MPH is Founding Co-Director of EqualHealth, Assistant Program Director for the Internal Medicine Residency Program at Brigham and Women’s Hospital, and Instructor in Medicine at Harvard Medical School. In 2015 Dr. Morse co-founded the Social Medicine Consortium, a global coalition of universities and organizations in twelve countries, which seeks to use activism and disruptive pedagogy rooted in the practice and teaching of social medicine to address the mis-education of health professionals on the root causes of illness. She served as Deputy Chief Medical Officer for Partners in Health (PIH) from 2013 to 2016. She also served as an advisor to the Medical Director of Mirebalais Hospital, a newly built public academic medical center established through a partnership between the government of Haiti and PIH. Previously, she served as Director of Medical Education at Mirebalais Hospital, where she started the hospital’s first three residency programs. Dr. Morse earned her B.S. in French in 2003 from the University of Virginia, her M.D. from the University of Pennsylvania School of Medicine in 2008, and her MPH from the Harvard School of Public Health in May 2012.

Sponsored by the by the Ashton J. and Virginia Graham O’Donnell Endowed Chair in the Global Studies Endowment, the BBMB Department, and Office of Health Professions Advising.